Why do Lakota sports programs fail 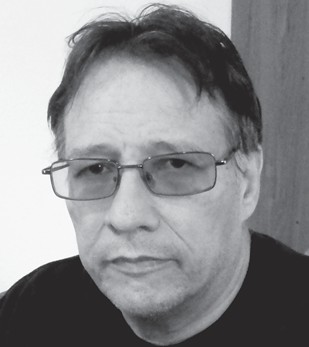 You can win every battle, and still lose a war. The Lakota came as close to actualizing that reality as any people ever have. A year after their most decisive military victory at Little Big Horn, they surrendered at Fort Robinson for the sake of the women and children. There were no buffalo left to hunt, no way to sustain the people on the land.

There was no alternative strategy for the Lakota; if they had understood the nature of their enemy, maybe they could have negotiated a better treaty, full of stipulations that would have tied the hands of the government’s ability to renege on those treaty obligations.

But they didn’t. They were hunter/gatherer aboriginals and had no real concept of how Washington, DC, worked, how the world was structured. They knew very little of the history, science and social structure of their enemy.

Sadly, that is still their main problem.

Yes, there is a danger you can become your enemy, if you rub elbows with him too liberally. The USA nuked the Japanese twice, occupied their country, rebuilt their postwar economy and society, and the Japanese even developed a deeper love for baseball than the Americans who invented it. But there is no mistaking a Japanese for an American, they are distinct peoples.

What the Japanese had was a culture capable of stepping up from a feudal state, and become a player in a modern world economy. They built a military formidable enough to almost defeat the most powerful nation in the history of the planet.

The Lakota could adopt horse and gun, but they had no social structure capable of waging modern war. In their world, tactics decided conflict. There was no strategy. Most video games are based on reaction, or tactics. Most board games are based on planning, or strategy.

Better tactics produce success, you win, and the opponent loses. Better strategy produces victory, despite all his tactical success, your opponent loses. Superior Lakota tactics could not prevail against superior Wasicu strategy; it was that simple.

For years I have watched Lakota basketball reflect this reality. Lakota are capable of winning a game, against any opponent, but more often than not, inferior Wasicu teams win the state championship. Why?

Because their coaching is not inferior. There is more to any season than just X’s and O’s. More than just a set tactic to produce a positive result. Every team is a program. That program includes a coach, a support staff, and a training regimen. Any successful program is able to maintain order and discipline. Kids need structure in their lives, regardless of which cultural values that structure reflects. They need the coach to be a leader, a positive adult role model. If he is sloppy in his approach, forgets things, contradicts himself, can’t maintain a schedule, doesn’t care about keeping stats, then his strategy will always be a haphazard patchwork that those kids will eventually internalize as normal.

In short, however successful his season, to whatever extent tactics contributed to that success, every other aspect of the program was a self-imposed stumbling block that the team had to overcome, in addition to beating the competition for a championship. Tactically, his kids might hit a buzzer beater to win a state title with a team loaded with superior talent, but over the course of a decade, he will more often than not fail those kids as a leader. Lose far more critical games he should have won, than games he did win.

And woe to the school’s overall athletic programs if he should be made athletic director, which is what usually happens. Every Lakota sports program requires better discipline and structure, requires long term goals and planning, requires a professional and dedicated support staff, networked with the other Lakota schools. If you get that, you get the athletic programs you have at Class B White River, or Class A St. Thomas More, or Class AA Sioux Falls Any School.

If you don’t, you get the programs you see at Cheyenne-Eagle Butte or Standing Rock.

Instead of moving toward that model, some decades back, Cheyenne River broke up their Class AA School, created Takini and Topa, and it seemed like it made a lot of sense at the time. What it did, unfortunately, is reinforce the insular, myopic, resource strapped reality that was already strangling reservation culture and schools.

The irony was, it was a pretty short term tactic, and an ugly long term strategy. It made things worse, at just about every level, not better.

There is also the out-of-control reality of biased officiating. Lakota schools would have already cut the legs out from such behavior had they been networked, with a unified strategy to end this shameful reality once and for all, and hold the SDHSAA responsible for turning a blind eye to the problem. Recap: a patchwork structure and rudderless long term strategy will eventual produce far more losers than winners, and teach your kids to be this way when they are adults. Discipline and order and cooperative networking will not turn you into Wasicu. Your program cannot succeed without it.