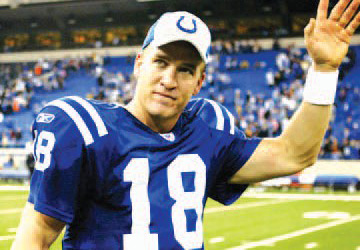 Training Camp brings about the best in competition as most teams have opened top roster spots. Open competition is allowed to determine an equal opportunity for even rookies to earn a starting position.

“Commander Timmy, are this week’s updates available?” inquired the Captain.

“Aye, they are,” commented our guru.

New York Giants WR Odell Beckham Jr. appeared at Mini- Camp, but did not participate in Voluntary Workouts. Beckham is currently seeking a contract extension with the Giants. It could be the Giants year for a deep playoff push as All-Pro WR Brandon Marshall is added to the arsenal.

“An improved defense gives them a giant chance,” chuckled Timmy.

Speaking of hoping to get a deal, Steelers RB LeVeon Bell is looking for a large contract himself. Bell has been an anchor for the success for the Steelers offense and late runs for playoff pushes. In the past, the super star running back had been hampered by suspensions for failing to meet the league’s policies on substance abuse.

Wide receivers make or break offenses along with running backs. One receiver who believes he will break defenses is Broncos WR De- Maryius Thomas. Thomas stated that he played with a bothersome hip injury from the first snap of last season. Even though he collected 90 reception for 1,068 yards for the season.

“I’m coming for you,” was a tweet sent by Miller.

This illustrates his 13.5 sacks last season, compared to Easley’s 15 sack total. A total that hasn’t been that low since 2010. In Green Bay, you may expect a leading of the pack by the Packers. Even though the Packers running core was “banged up” last season, the Packers just fell shy of the NFC Championship run.

“Excellent commentary Commander, I will complete this week’s updates,” stated the Captain.

Hopes are at an all-time high for Colts fans for Peyton Manning to become General Manager of the Indianapolis Colts. The firing of former GM Ryan Grigson is bringing new hope to the city. Former Colts All-Pro Wide Receiver Reggie Wayne believes Manning will be the new GM. Wayne and Manning were quite the tandem for fourteen seasons. Manning, as a General Manager, may have the same success as Elway has experienced in Denver. Both quarterbacks had an equal amount of time under center. Manning has demonstrated an uncanny ability to understand defense settings changing plays at the line of scrimmage. He is highly respected because of his knowledge of the game and preparations. A player that makes you a better player as many of his teammates in Denver and Indianapolis can attest too. Manning as General Manager would be in a position to add talent to the organization. Balancing salary caps and meeting the demands of players who may want more money, along with acquisitions of free agents, will be one of many new challenges for the potential Hall of Famer.

His efforts in Indianapolis have not been forgotten. The city is commissioning a statue in Manning’s honor. An honoring which former head Coach Jim Mora may not attend. Manning without a doubt kept the Colts in top contention with his play and understanding of the game. He will need to transfer those skills into a much more skilled position if he were to become General Manager.

Apparently all is forgiven in Indianapolis as Manning left Indianapolis after the returning from neck surgery. A surgery in which the Colts did not believe he would recover from. Now Manning will prove that is just as effective as an administrator as he was a general on the field.